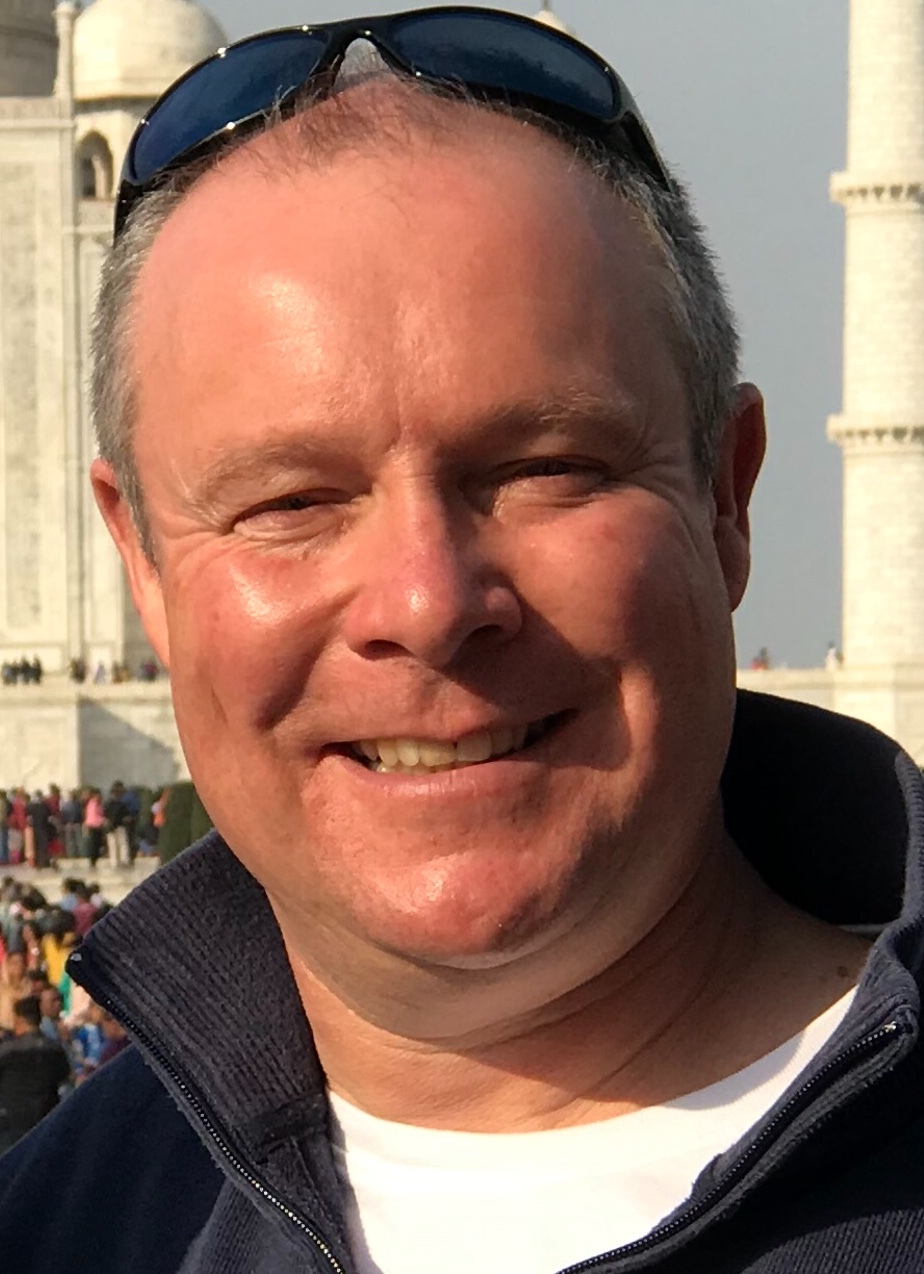 As a relative newcomer to life in Stoke Gabriel, I feel flattered to have been asked to serve as your new Vice-Commodore. SGBA has been so welcoming and inclusive to us and whilst still living in Bristol my wife Sarah said "We'd better buy that house in the village now, as you've already joined the boat club - Don't tell the vendors!"

So a little background to my boating experience, which I hope you will find of interest as I start the VC role in these somewhat unprecedented Covid-19 times

I think boating has flowed in my veins from an early age. Childrens books such as Swallows & Amazons, Wind in the Willows and Tarka The Otter sewed the outdoor/boating seed and growing up in south-west London, the Thames and it's boat clubs were never far away. Earliest boat-related memories seemed to hinge around watching Dad rowing at Mortlake and Kingston, usually followed by time in the club bars.

I remember being in a club skiff but my first time in charge of a vessel was probably winding the chain ferry across to Trowlock Island in Teddington to go kayaking in Dad's double "Sharkdeath" from the Royal Canoe Club.

What really got me into boating was joining Leander Sea Scouts in Kingston, where many happy years were spent gig rowing, kayaking and sailing on or in the Thames. One of my claims to fame was being the national Scout "sculling over the stern" champion for two years in a row!

Summer camps took place at either Chidham on Chichester Harbour, or Lympstone on the Exe Estuary, where good times were had getting used to tide and mud! A particular memory was my first outing in a Laser, in a somewhat fresh wind, when the importance of using parts of a boat such as the dagger board soon became apparent as I sped towards the nearest leeward mud bank!

Warm weekends were often spent with a windsurfer or two on top of a car, driving down the A3 with mates to West Wittering for hours of fun and posing.

Good times were had in Bristol, taking an active part in the Uni Sailing Club at both Bristol Corinthians (Cheddar) and Chew Valley, where we kept our small fleet of 420's. I became club captain in my second year and I think by that stage had enticed Sarah with offers of sailing on my "yacht" - a rather old Laser (26992 - Thumper)!

Another claim to fame was being the only participant to sink a 420 in Plymouth Sound during the national university sailing championships back in 1987!

Then came working life and with family commitments Boating unfortunately took a bit of a back seat (thwart?) until I was press-ganged into taking part in "Colleague Weekends" aboard my employers two yachts based out of Lymington.

This developed and within a couple of years, having passed my Yachtmaster Coastal, gaining sufficient hours, being assessed and becoming commercially endorsed I was to be found in charge as one of the Company Skippers who would either take clients out on corporate entertainment days in or around the Solent or going a little further afield for colleague weekends or skipper charters to Weymouth, Cherbourg, Guernsey or similar. Once or twice we even ventured into uncharted territory for me to the West Country. The first time I sailed into Dartmouth was on my Day Skipper, during which I somewhat unfairly had to blind-nav us from Alderney to Cherbourg in fog and as you'll appreciate in some interesting tidal streams!

Skippering the "big boats" still happens, though due to distance from Stoke Gabriel to Lymington, not so often. But I do miss those days, especially sailing the X-412 Eximius, which is a bit of a beast and very manual to sail - no furling, so foresail changes took place on open foredeck, often crashing through big seas.

Back To Scouting as a "DI" & Safety Boat Helm

In Bristol I was asked if I would mind resurrecting an old Sea Scout group that had ceased operating from the large concrete pontoons by Castle Park, which are now planted with seeds imported by Bristol ships. I turned this down, choosing instead the Scout County Sailing Section, where we offered "taster" sailing sessions to cubs, scouts, brownies and guides in the old Avon county area. It was good to get back into dinghies and fulfilling to introduce and teach young people to sail - especially some from more deprived city backgrounds who would never have had the chance to set foot in a sailing dinghy.

Most boats were kept at our "Yard" near the Nova Scotia Inn on Bristol Harbourside, but we also kept some dinghies for more advanced sailing and racing at Chew Valley, where I passed my PB2 and Safety Boat Helm qualifications and because a CVLSC safety boat mentor.

So here my summary ends, having navigated to Stoke Gabriel. I hope that my varied boating knowledge, experience and enthusiasm will be beneficial to both SGBA and our members.

I also look forward to working with the Executive Committee and Trustees to get us all back on the water as soon as possible when some Covid-19 restrictions can be lifted.